9 reasons to trade your car for an electric scooter

Can I Take My Electric Scooter on a Plane 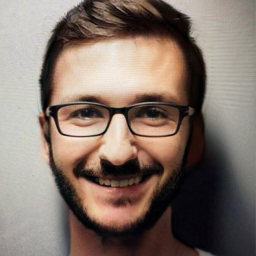 Commuting, especially driving and public transit is a huge part of most Canadians’ lives, especially in big cities like Toronto.

The average commuting time in Toronto, based on a 2019 survey, is whopping 42 minutes. Although Toronto is often included as one of the best and safest cities in the world to live in, unfortunately, Toronto is now also one of the worst cities for commuting, ranking number 69 out of 74 countries.

So, if you live in Toronto and you think your daily commute is bad, know that you are definitely not alone. Commuting time in Toronto has increased by around 6% between 1996 and 2016, so there’s also no sign that it’s going to get better anytime soon.

With that being said, here are our top tips on shortening your daily commute in Toronto:

1. Get an Electric Scooter

In January 2020, Ontario (including Toronto) officially legalized electric scooters with a pilot project. So far before the COVID-19 crisis, they’ve become such a huge hit in Toronto and Ontario in general: they are fun to ride, eco-friendly, and you can save time on your commute.

There are some unique benefits of using an electric scooter in Toronto to shorten your daily commute:

2. Move Closer To Your Workplace

If possible, moving to a place closer to your workplace is certainly a great option. Long work commute can indeed cause stress and various health issues. Also, long work commutes can cause financial woes like spending more money on gas, parking, insurance, and public transportation.

However, obviously moving to a new house isn’t cheap, and there are several factors to consider when you want to use this method:

Some of us are commuting for legitimate financial reasons (that it’s simply cheaper to commute rather than move into the expensive area near your office). If your office is located in an expensive, big city, then probably living further away is the better choice.

Is your commute covered by your employer (at least, partially)? If the answer is yes, then probably it’s better to commute. However, you can still try better and more fun ways to commute, like using an electric scooter, as discussed above.

We all know how expensive real estate in Toronto is, so calculate carefully whether moving closer to your workplace will actually save you money. Also, if you currently own a primary residence, selling can be difficult at the moment and the moving cost can be much more expensive than your commuting cost.

Working longer hours may seem stressful at first, but it can be rewarding in the long run. If you have a flexible employer (or if you are a freelancer), then you might choose to work longer hours so you can accumulate enough time to take an extra day off.

For example, if you work 10 hours a day for just 4 days a week, you can get three weekends instead of two. So, not only you can avoid a day of long commute each week, you can potentially save up to 20% of your commuting costs per year.

Also, if you are commuting in and out of the office when most people are (i.e. the traditional 9-to-5 routine), then traffic is obviously more crowded. However, if you can leave a little later (or come earlier), you can significantly cut your commute time for that day.

Many people simply believe that driving their own cars and public transit is the only practical means of commuting. Also, we often stick to our route habits even when there are actually better alternatives. Just because there’s one way to reach our workplace, doesn’t always mean it’s the best way.

So, experiment with different routes. Try different highways and expressways if you drive a car, and try different roads altogether. Nowadays, obviously you can use apps like Google Maps to find the best routes.

Also, try different buses, subway, train routes, or even ferry lines if necessary. Experiment with all your options over the course of a couple of weeks or a month, and try to find the best possible option that might shorten your commute.